I’ll admit it. The title was to shock you.

But this hyperbole does point to something…

When I first discovered the Game way back in 2009 I was convinced it was the answer! And when I bought Mystery Method I was even more convinced – like a nut-job with a holy book – that it was the truth, the way, the only way, the alpha, the omega, the shit.

This is a little phenomenon called “confirmation bias”. People acting on beliefs frequently suffer from it. And it seems that every time someone writes a new “Pickup guide”, they declare that this is the one (whether they actually believe it or not is another matter).

You’ll get different guys saying “this is the one” and another saying “this is the one”. It’s just like religion – The Jewish Torah, the Christian gospels, the Qur’an of Islam, the Kitab-i-Aqdas of Baha’u’ll’h, the Hindu Vedas, the Avestas of Zarathustra, the Adi-Granth of the Sikhs, the Mahabarata’s Bhagavad-Gita, the Book of Mormon, and the Urantia book are all declared to be the “absolute truth” and the “revealed word” of the “one true” god, and believers of each say the others are deceived. The only logical probability is that they all are – at least to some degree. 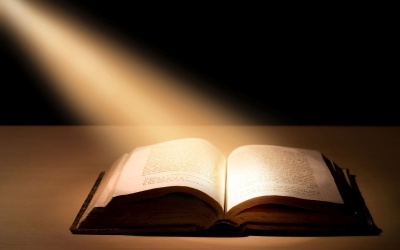 That is to say, it could be that all holy books point to the same truth – something about getting in touch with our divine nature, but apart from that they are all equally absurd if you do take any of them as – literally – Gospel in their entirety.

One of the major problems with believing any book is the answer is that you get guys saying “I felt like I should do x, but the book said ‘don’t do x’.” In other words, guys begin to believe some words on a paper over and above themselves, reality, evidence, and their experience.

So hears the only blueprint you need. You read lots of books, you absorb what speaks to you and you drop what doesn’t. You go out and experience. Experience a lot. Experience everything, constantly leaning gently against the walls of your comfort zone. In the end you come out with a decent blueprint. The name of it?

If you want a holy book, try this one

One thought on “Blueprints are Bullshit”